You have submit a booking service! 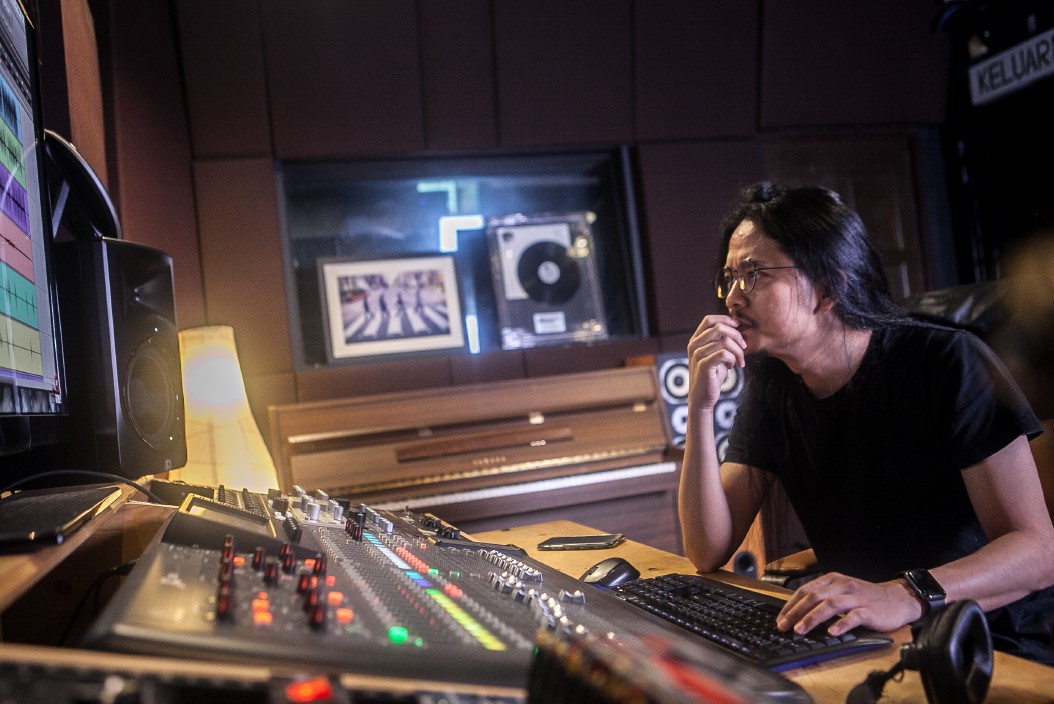 Born and raised in Alor Setar, Kedah, Mohd Hezry Mohd Hafidz or commercially known as AG COCO is Malaysia’s notably successful music producer, and widely recognized as the lead guitarist of the homegrown alternative band, HUJAN. Being an award winning producer, musical director yet is in his mid 20’s, AG’s obsessions are music, and definitely the good ones.

He started off with playing the drum set during his senior high school years, and later switched to the bassist position as he was involved with a progressive rock band, D’Relax, who won the first place in Battle of the Band Kedah/Perlis & SzeChan Band Fest 2001. Soon after, AG met Nine, G Cola & Shoun leading to the formation of a new alternative rock band.

Tapping into the mainstream music line through a alternative pop rock band named COCO, AG now takes the role of the band’s guitarist. Ever since, COCO has become his trademark alongside his two-alphabet sobriquet – AG. A genius musician who has bespoken his outstanding talent, AG COCO welcomes the top notch acknowledgments which encompass his endorsement of Godin guitars and is privileged to be dubbed as the Steinberg Cubase International Artiste & Stealth Sonics.

Hezry Hafidz attended the National Arts Academy in 2002 wherein he pursued his tertiary education, majoring in Music Technology/Audio Production for his Diploma. In the meantime, he actively participated in events organised by the Ministry of Culture as a musical theatre mainly to promote traditional Malaysian music e.g. gamelan, cak lempong, ghazal, and keroncong. AG had also partaken the 3E ASK Pop Orchestra and 3E Experimental Orchestra for two consecutive years.

His distinguished wind milling guitar showmanship, apart from being the guitar smasher of HUJAN to date, AG’s discography entails the remarkable achievements with his bandmates, which include the Anugerah Juara Lagu (AJL) / Anugerah Industri Muzik (AIM) Album and Song of the Year respectively, TV9 1st VERSUS champion as well as their globe tour (United Kingdom, Europe, Australia, Singapore and Indonesia).

On top of that, AG’s magical touch in regards of music arrangement has proven triumphant through several victories such as “Terukir Di Bintang” during AJL 27 by singer-songwriter, Yuna whilst “Lelaki” was crowned the Best Pop song and Best Song (AIM 20), as well as winning the Best Album award at AIM 20 for Hafiz’s “Luahan Anak Seni.”

AG’s ultimate music sanctuary is none other than his very own studio, the Kamar Seni Recording Studio which is located in Kuala Lumpur. He spends most of his time on album writing and recording alongside fellow musicians, composers, artistes and writers across the globe. His involvement as session guitarist covers a broad range of performances, tours, TV shows and concerts.